In 1780 a synagogue association called Agudat Jescharim (Covenant of the Righteous) was formed in Hamburg. This was later merged with another association, Kelilat Jofi (Crown of Beauty), and in their statues from 1825 it says that their main task was ”Unterhaltung von Synagogen oder Gründung solcher für den von den Mitgliedern des Vereins täglich abzuhaltenden öffentlichen Gottesdienst”. “The maintenance of synagogues or foundations at such a time for members of the association for public worship.”

The association instituted a number of synagogues in Hamburg’s inner city; one of the oldest lay in a residential building at the Heinrich-Barth-Strasse 3-5. The synagogue, which since 1885 was known as ”Synagoge Bornstrasse”, housed 80 seats for men and 45 seats for ladies. 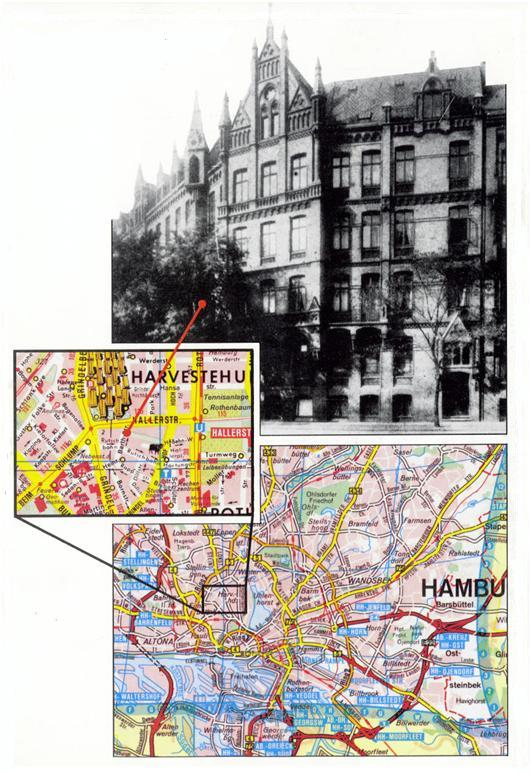 The building at Heinrich-Barth-Strasse in Hamburg.

On the night of November 10, 1938, which has gone down in history as the so-called Kristallnacht, virtually all synagogues in Germany were set on fire and destroyed by the Nazi hordes. Thereby irreplaceable objects of value went up in smoke. What Jews through the centuries had built up and held as holy was vandalized and destroyed completely. As if through a miracle, the synagogue on the Heinrich-Barth-Strasse escaped the same fate as the others, thanks to the fact that it was in an apartment building. Non-Jews were not to suffer injury to person or property, which would have been the case if the Nazis had ravaged as freely here as in other places. Hence this synagogue was spared and remained unscathed even after the terrible Kristallnacht. (On October 19 1939 the Geheime Staatspolizei reported to the authorities in Hamburg that the synagogue had been dissolved and the space converted into apartments. In 1943, the house was destroyed in a bombing attack)