Many of the survivors of the concentration camps emigrated after a few years to Israel and other countries. New immigrants arrived, many from Hungary and Poland. At the same time the number of Israelis increased and through the Bnei Akiva activities many young people joined. The format of worship in Jeschurun (pronunciation, melodies, etc), which previously had been heavily influenced by German and Eastern European rituals, gradually changed over the years into a more modern, Israeli version. The orthodox service as such, and the synagogue minhagim, have however not undergone any significant changes.

In the spring of 1959, when the house at the Biblioteksgatan was demolished, Jeschurun moved ??for a short period to the premises of the Jewish Institute of Culture at Valhallavägen 104, before finding a new home in the comfort and privacy of Nybrogatan 16. At the synagogue rededication in the fall of 1959, the chairman of the Jewish Community, book dealer Gunnar Josephson, attended together with many other prominent people from the community.

In 1967 it was time for that building to be torn down and the landlord voluntarily donated new space in the building across the street, Nybrogatan 15. In these premises Jeschurun spent seven years, when the house was sold and we had to move again, this time to Nybrogatan 12. Here the landlord put larger and more suitable premises at our disposal and this is where we celebrated our 50th anniversary. From 1991, the synagogue was located in the school building at Riddargatan 5. It is worth noting that when the furniture was moved there, half-concealed paintings were discovered on the benches and a conservator from the National Museum was commissioned to restore and develop the paintings, wonderful Art Nouveau paintings, almost in the gourd style.

On the walls of the synagogue one can find two bronze plaques set up in memory of Rabbi A.I. Jacobson and Hans Lehmann. After Rabbi Jacobson’s death in 1955, the administrative management of Jeschurun was taken over by his eldest son, Julius, who with the help of many dedicated and loyal members ran the synagogue affairs until his death in the summer of 1986. Through his personal example and his intensive work, he saw that the tradition of a daily minyan was maintained. 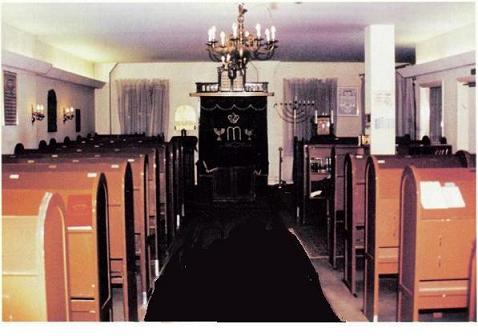 The synagogue at Nybrogatan 12

After the death of Rabbi Jacobson many different rabbis have served in our synagogue, including Rabbis Moshe Edelman, Aryeh Linker and Aaron Katz. Rabbi Meir Horden served during most of the 2000s and in 2008 he was replaced by Rabbi Isak Nachman. Over the years, a number of prominent rabbis have visited Jeschurun. Among those who repeatedly visited our synagogue include Chief Rabbi Eliezer Berlinger (Helsinki and Amsterdam) and the Chief Rabbi of Romania, Moses Rosen.

In the 1940s and 50s served, among others, cantor Blonder and Mr. Fischer Schwartzbaum as chasanim. For economic reasons, after that it was not possible to have any paid chazanim except on Yamim Noraim. In collaboration with the Chinuch association and the synagogue at S:t Paulsgatan, we received a lot of help in the 1950s and 60s from Jechezkiel Daglan, Avraham Levy and Chaim Reshelbach, who with their beautiful voices helped to beautify the service. Also later, various shlichim, Shmuel Cohen and others, have acted as chazan, Baal Kore and even gave shiurim. Through the years, we have great help from Bnei Akiva shlichim Motti Agassi, Chaim Frumin, Ari Frieder, Joram Silberman and many others.

In 2013, the school building where Jeschurun had resided, was demolished due to the construction of the Bayit building. The synagogue interior had to be dismantled and put into storage. Since then, all the Jeschurun activities are held in temporary premises on Wahrendorffsgatan 3, using temporary furnishings. Despite the fact that we do not have a definite future home which causes difficult times for the synagogue and its future, the people of Jeschurun are as dedicated to the Jewish cause and to Jewish life as ever before. 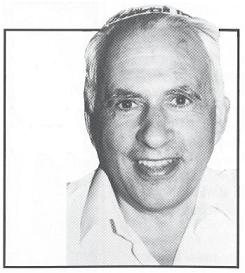 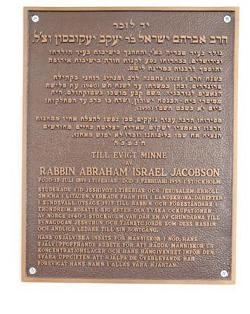