The 1940s was a dramatic period and the Jeschurun Synagogue had a central role in Stockholm Jewish life. During the years 1942 and 1943, many Jews from Norway and Denmark managed to escape to Sweden. Many of those who came to settle in Stockholm were a new and valuable addition to Jeschurun’s religious and social activities. Among the newcomers were, to name a few, Rabbi Wolf S. Jacobsohn from Copenhagen and the Danish Minister George Cohn.

The High Holidays of 1943 were indescribable with their dense atmosphere that prevailed in the synagogue. Rabbi A.I. Jacobson held his sermons in Swedish, Norwegian, Yiddish and Hebrew to make himself understood. The synagogue became a lively and colourful meeting place for all the Danish, Norwegian and Finnish refugees who gathered there.

In the spring of 1945, when the concentration camps were opened after the Second World War, a new wave of Jewish immigrants came to Sweden. There were also many from this group who joined Jeschurun. For those people, the synagogue at Biblioteksgatan 4 became of great importance. There were a lot of people who wanted to do everything in their power to help the needy, whether it was a question of financial or personal problems.

Around this time, a kosher restaurant was opened in the synagogue building, where everyone could get a kosher meal at a reasonable cost. The restaurant was established on the third floor in an apartment that the landlord made available. Thanks to this and other activities Jeschurun became a central point for a large group of Jewish people who had suffered the worst torment of the Nazis. Rabbi A.I. Jacobson became like a father to all those from near and far. He became deeply involved in everybody’s problems, creating an unforgettable memory for many. He often appeared as an intermediary between the community and the refugees. A significant part of the Swedish-Jewish social activities took place in Jeschurun around this time.

It is hardly an exaggeration to say that one of the addresses that is widely known among Jews around the world is Biblioteksgatan 4. The building became a household name in wide circles during a difficult time for the Jewish people. 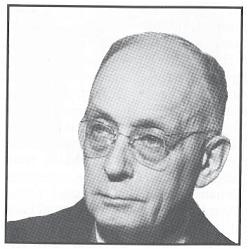